Musicians often go unrecognized for the work they do in the world of marketing.

The reality of it is that musicians and their “brands” heavily shape and influence business culture and the world of marketing. There’s no denying that musical celebrities have made iconic moves that forever changed the industry. Don’t believe us? Think about these moments in history and what they meant for business.

All of these examples are relatively spaced out chronologically and maybe don’t seem like a big deal, however, they were radical moments at the time. They were all stagnant moments in time that forever changed the course of history. In fact, all of these actions allowed current artists to behave the way they do now, following the path paved by their predecessors while adding their own cobblestones along the way.

What do we mean?

In today’s blog we’re going to talk about five young musicians that have, within the last five years, leveraged marketing to define their personal brand and make a change in the music industry for future up-and-coming stars.

T-Swizzle has had a long and wild ride to fame and success. A household name, 2019 marks the opening of her newest “era,” claiming the old Taylor is dead and the rebirth of a new Taylor will now be responsible for the treats she brings to our ears.

What makes her marketing so unique? She regularly references and symbolizes major moments in her life and career, making her branding exclusive, thematic, and recognizable for each album in her life. Maintaining certain images throughout her career such as the number 13, butterflies, and snakes, she assigns specific objects to specific emotions, ingraining them in her audience’s association forever. In her most recent album, the symbols of rainbows, roses, butterflies, and snakes represent a new personality along with callbacks to her old self, showing the growth she’s accomplished over her 29 years of life. Every interview, social media post, and public appearance has an intentional Easter egg for her fans to discover and be delighted by, sometimes being planned as far as five years in advance! She also creates elaborate, symbolic music videos that elevate her music and the meaning rather than simply accompany it.

She harnesses the power behind emotional association to evoke feelings and present messages to her entire audience from her most die-hard fans to those who are just now discovering her discography. 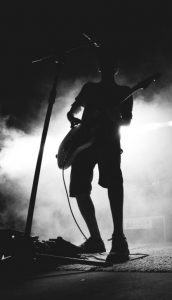 If you don’t recognize this pop prince’s name, your gay cousin probably does (like the famous vine skit — if you don’t have a gay cousin, you might be the gay cousin and should probably check him out). A homegrown YouTube star, Sivan is no stranger to marketing himself and creating a personal brand. He’s most well-known for his empathetic, kind character, his moody, personal bops, and his regular, engaged activism in the LGBTQ+ community. However, in 2016, he pulled off a marketing power move that intentionally flew under the radar.

As with most young stars, Sivan was only 21 when he fell subject to hackers leaking semi-nude photos of him from his personal phone. He made the typical, “please don’t share my private photos” press statement but then continued on with an incredible branding strategy. Instead of laying low and letting the photos slowly disappear over time, he and his team took on an active defense position. Within days, they had created a unisex underwear line modeled by Troye himself. It was sold for a limited time on his website. What’s so unique about selling underwear? On the back end of the campaign, the underwear line was ranking for the same search keywords as his nude photos. Using SEO and marketing, they were able to bury his nudes and turn a profit at the same time. He, of course, stayed on his personal brand by donating part of the proceeds to a LGBTQ+ charity as well.

Straight power move? More like gay power move, but yeah. Pretty crafty, if you ask us.

She’s 100% that bitch and her music is so good we want to be too! An artist on the rise this year, despite having made music since 2013, Lizzo is the body positivity and humankind champion that recent generations have been demanding. She’s known for living authentically, loving herself, and some sick flute playing skillz (yeah, anyone who can beatbox and play the flute at the same time has earned that “z”).

Having released her third studio album, Cuz I Love You, Lizzo is a marvel of her genre. As a pop/hip hop artist, she’s totally unique. While Cardi B is cancelling shows because moving too much is liable to ruin her liposuction and numerous other plastic surgery procedures, Lizzo seems to be never not grooving on stage. In her most recent performance of Truth Hurts at the BET Awards, Lizzo dances on top of a large white wedding cake while wearing sexy, curve-hugging, white lingerie surrounded by other African-American, female backup dancers wearing an assortment of white outfits. The women (including Lizzo herself) twerk, twirl, and tumble around on stage having the time of their lives while dancing and singing to the summer hip hop anthem. Lizzo often speaks candidly about the struggles she faced in learning to love herself, her body, and her own journey, creating a brand of vulnerability and self-acceptance that is wholly embraced by her audience.

We’re so glad she never gave up on herself, because we love seeing just how brilliantly this diamond in the rough sparkles. 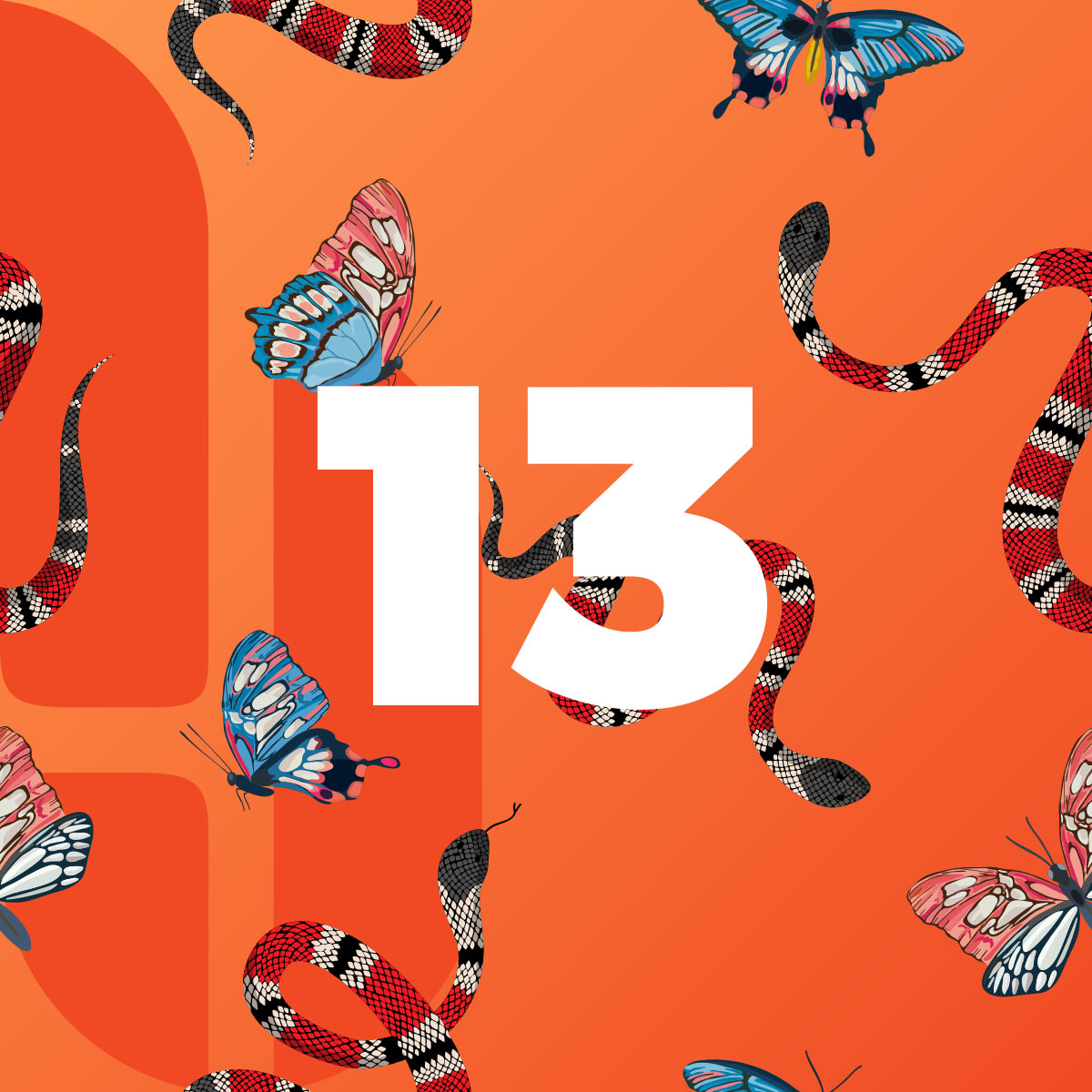 Taylor Swift has used unique symbols and images throughout her career to evoke powerful emotions and communicate hidden messages to her fans. She is known for the number 13, snakes, and butterflies. 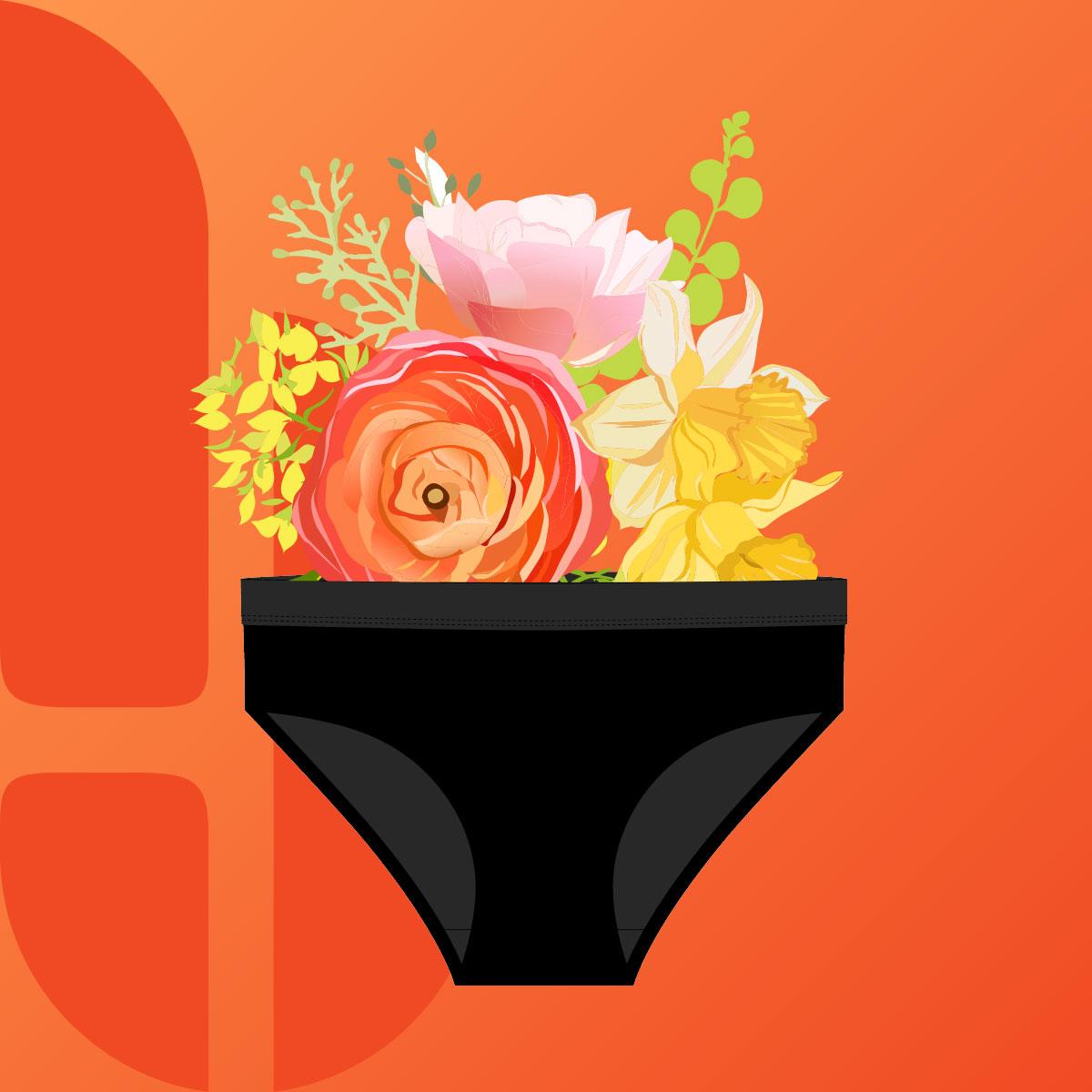 Troye Sivan once released a unisex underwear line with the same SEO properties as his leaked nude photos. He successfully buried the nudes, turned a profit, and even donated part of the proceeds to charity! 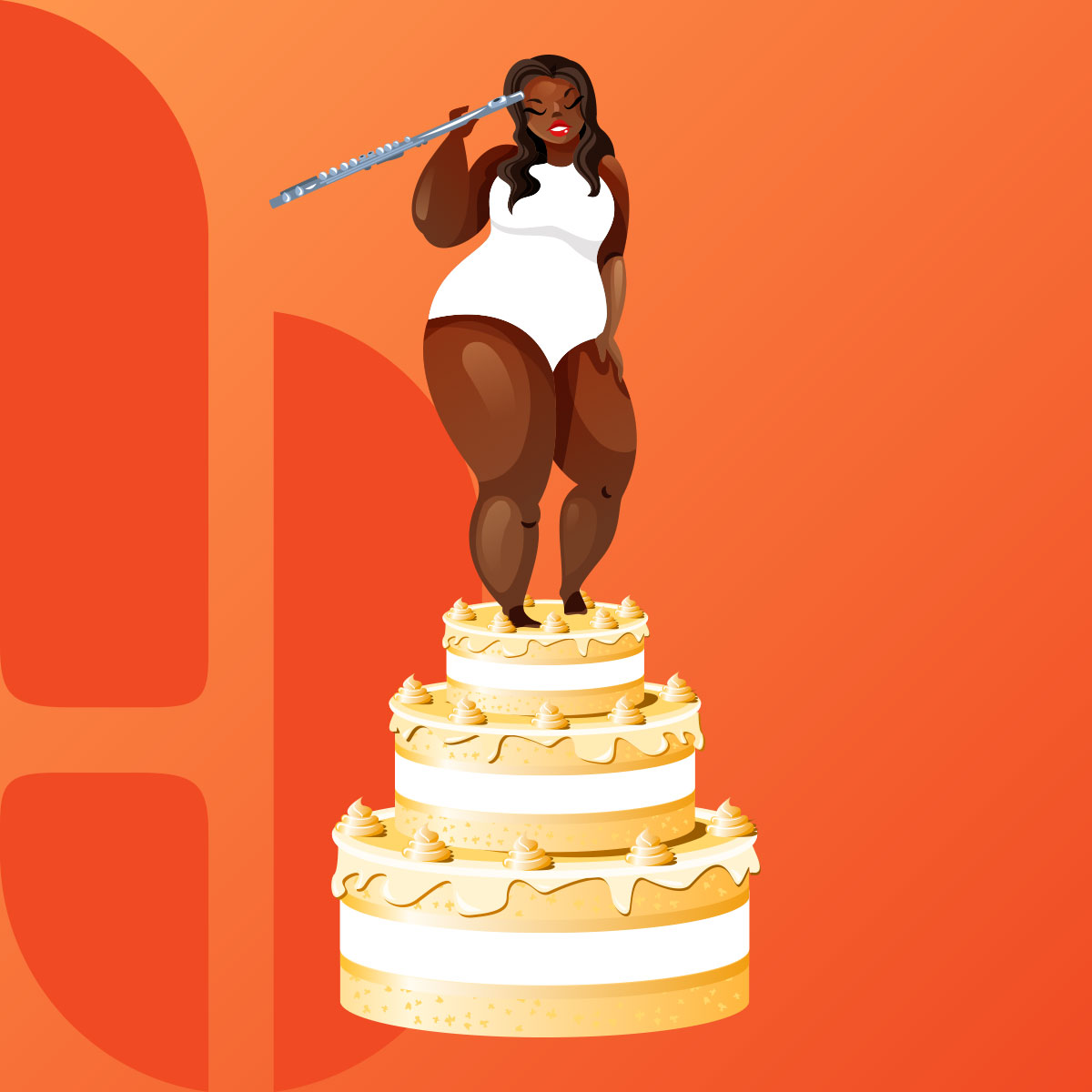 Lizzo, leading the industry in self-acceptance and body positivity thorough being vulnerable, feminist views, and refusing to conform to stereotypes. 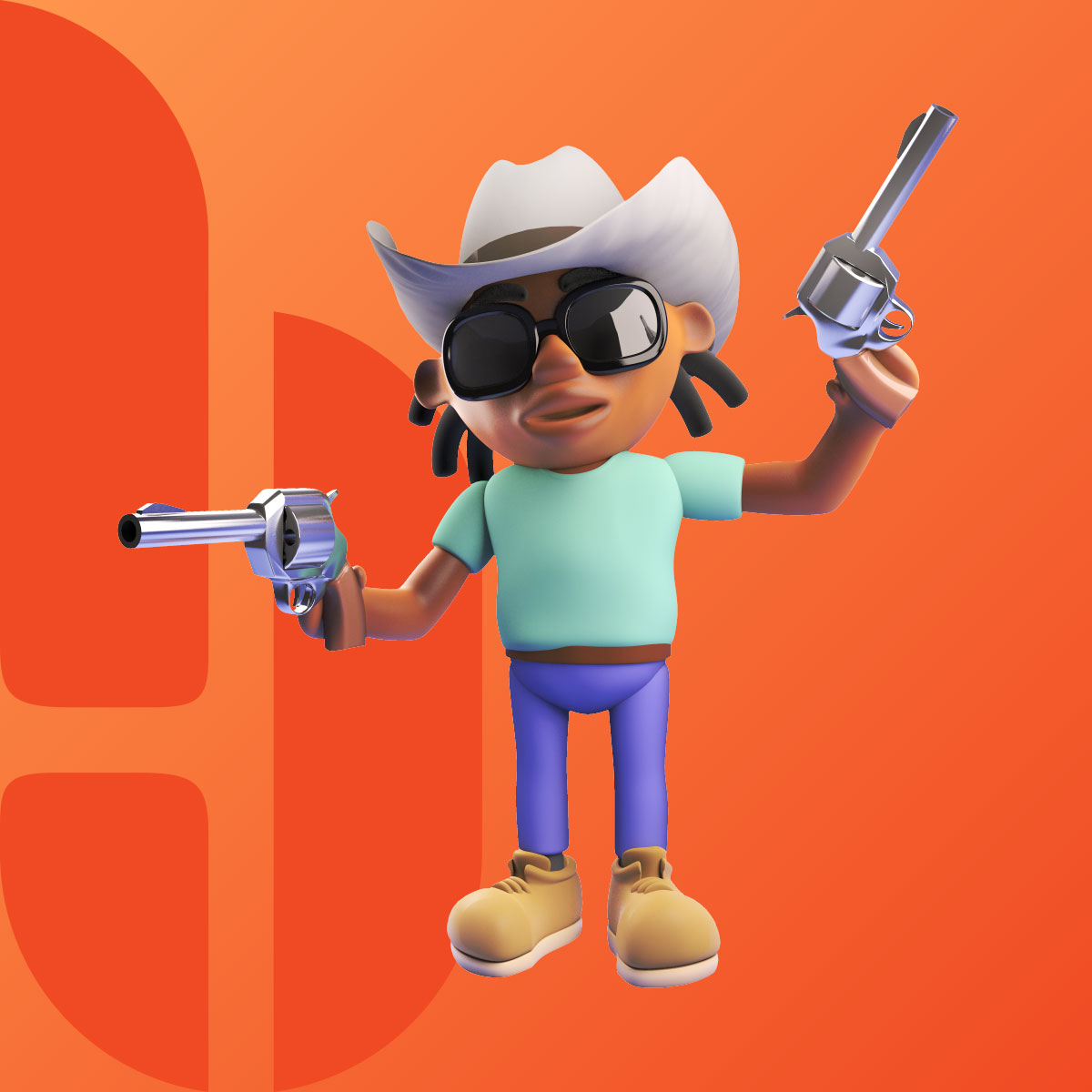 Lil Nas X, a young up and coming country rap artist, he rose to fame through Tik Tok and is now one of the first openly gay, African-American rappers to top the Country charts. “Old Town Road” is longest running number one hip hop single to date. 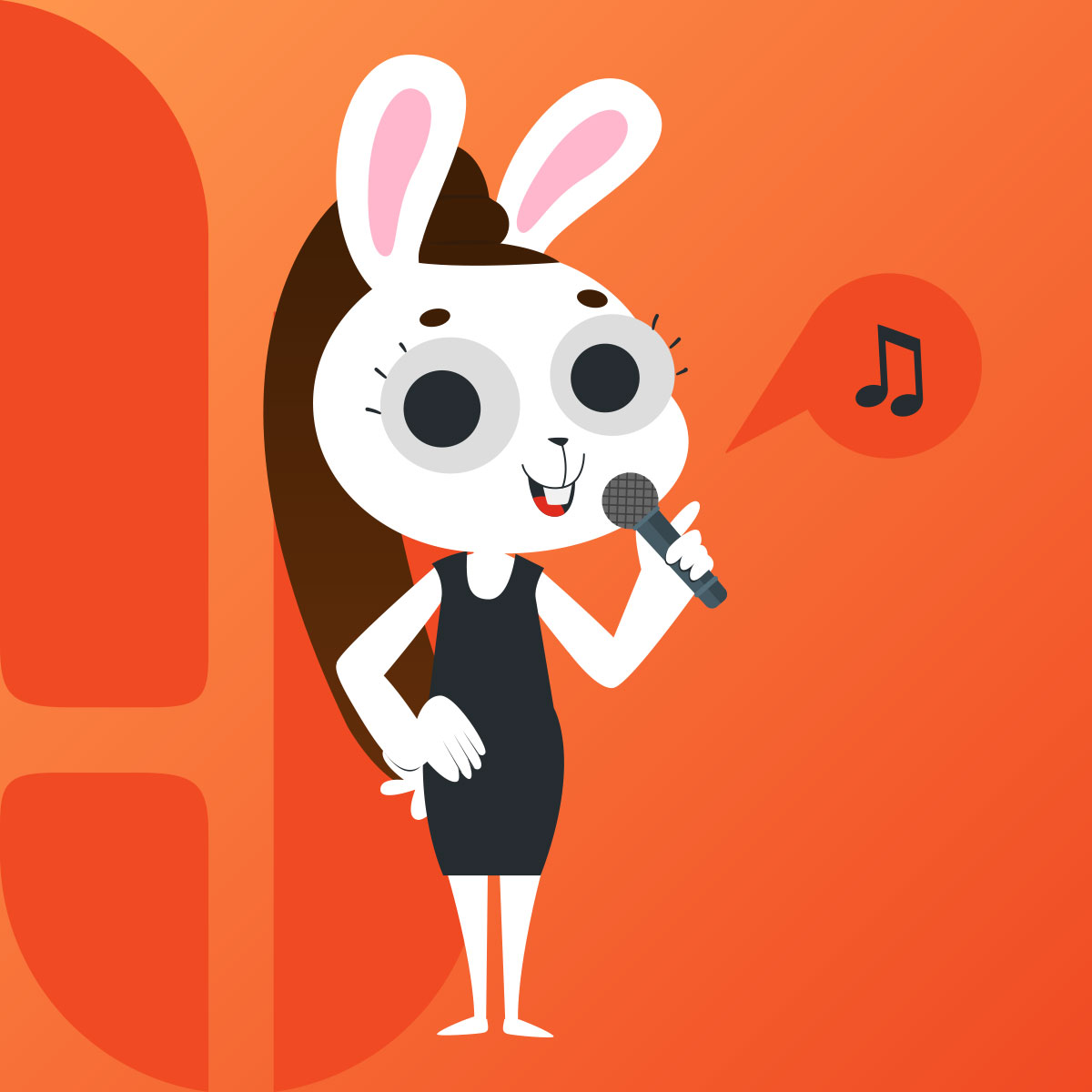 Ariana Grande has declared she’s done with musical eras and will be releasing music as she makes it. This has led to two albums and seven singles in a short period of roughly 9 months! 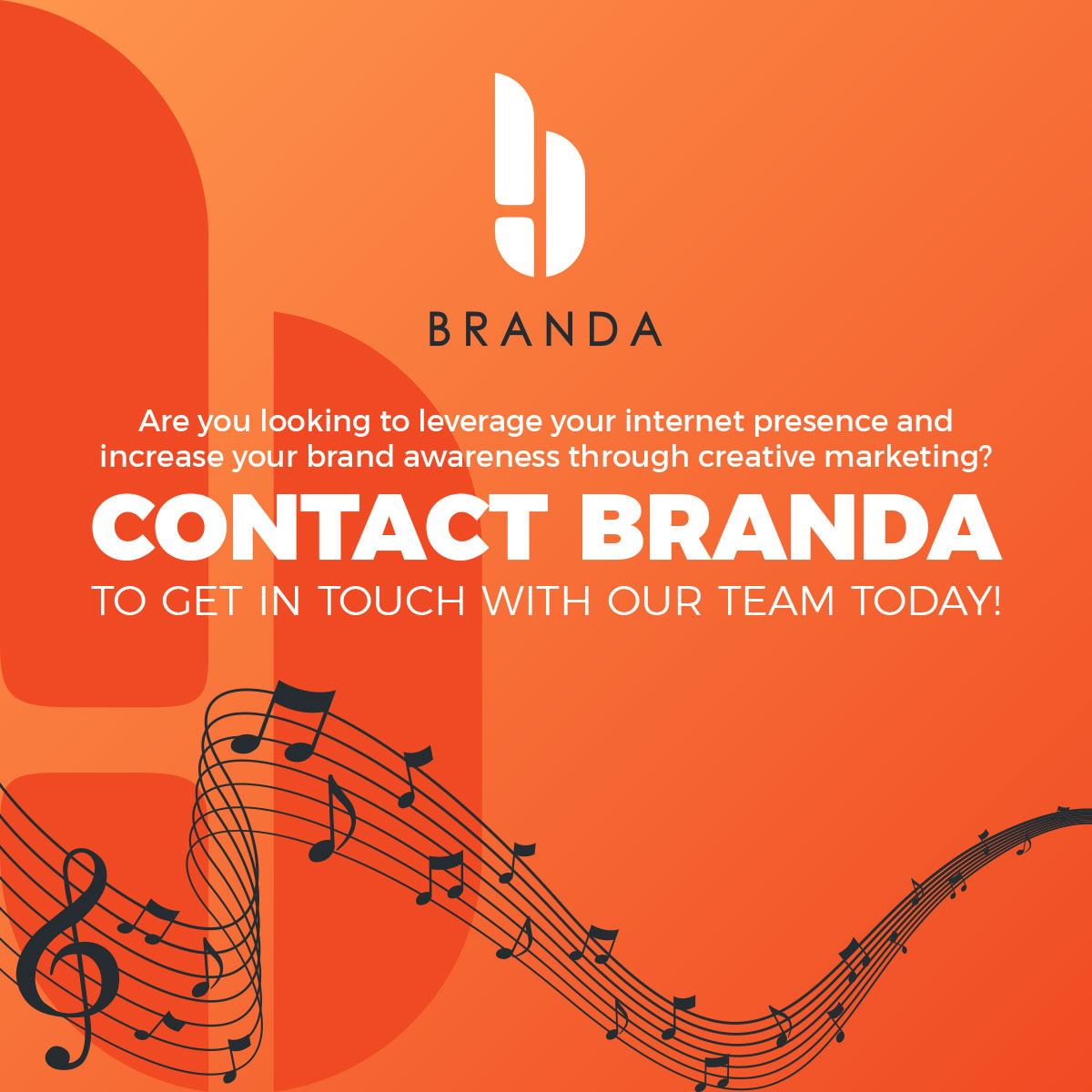 Are you looking to leverage your internet presence and increase your brand awareness through creative marketing? Contact Branda to get in touch with our team today!

So young, this up-and-coming Country Trap (yes, it’s a genre now) artist is still unable to legally drink in the states, but that hasn’t stopped him from charting No. 1 in several genres across the nation for weeks. Rising to fame through Gen Z’s version of Vine, Tik Tok and the “Yeehaw Challenge,” this 20-year-old continues to brand himself through Twitter with a satirical and upbeat sense of humor.

Okay, but why does he make our list? Because this kid is breaking records all over the place. A self-made man, both his fame and his hit single Old Town Road have a wild backstory. Like Troye Sivan, who garnered his fame on YouTube, Lil Nas X garnered fame through a Nicki Minaj stan account on Twitter — we’re not kidding. He would regularly post facts and flash fiction stories about the Queen of Rap. Last year, the young star dropped out of college to pursue a career in music supporting himself with two different jobs. He wrote the lyrics to Old Town Road as an outlet for the spite he felt about a lack of support from his family. He eventually reworded the lyrics to be about the triumph of success and anonymously bought the sample beat from Dutch record producer, YoungKio, for $30. Currently worth millions, the song is now the shortest song to top the Billboard Hot 100 since 1965! It has dominated the charts for 12 weeks straight and is the longest running number one hip hop single ever.

Surprisingly, the song’s record is the only thing “straight” about the rapper. On the last day of Pride month in 2019, Lil Nas X publicly came out of the closet, making him one of the first openly gay, African-American rappers to top the country charts in the United States and he couldn’t even celebrate with a drink. 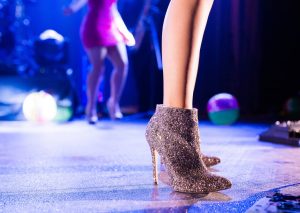 Pop princess and ponytail icon has made a music-shattering announcement that has her fans and artists inspired by her and excited for the future.

This musical heavyweight has released two albums and seven singles and collaborations within roughly six months of each other from August, 2018 to now. Why? The former child star announced that she’s “over” following the format of “musical eras,” ones like Taylor Swift built her entire marketing strategy from, and instead plans to simply release music as she makes it. It will be a journey that connects her with her fans, allowing them to experience her life in real time with her. She certainly has the power behind her to make it happen and so far, her music is still hyped and well-received. Several artists have spoken out, hoping the trend catches on and to do something similar in the future as well. Only time will tell!

Maybe God is a woman, because She certainly seems to have blessed Ari and her success.

These youngins may not sound like the historic artists before them but there’s no denying that they have a well-rounded portfolio of talent. In addition to being musically gifted, many have been marketing and branding themselves since childhood so that when their time to shine came around, they wouldn’t miss their shot.

It’s hard for marketing companies to pick up unknown musicians — the risk is high and often costs quite a chunk of change upfront with no promise of fame and success. Artists instead opt to sacrifice a few years of sleep and a social life to try to create fame for themselves online. Whether they succeed is on them, but there is no denying that in the course of taking on such a project, they become knowledgeable and in touch with their fan base in a way that was impossible in an age before the internet.

It leads to a variety of personalities finding their audience, creating vast diversity in the industry that was never there before. As a branding company, we’re thrilled to see young people changing the game. The idea of branding is a dynamic concept that evolves with the people who leverage it whether it be companies or people — we’re never tired of learning more about brand legends.

Are you ready to leverage your internet presence and solidify your brand as a person or as a company? We can help! Call Branda to begin collaborating with our creative team today.